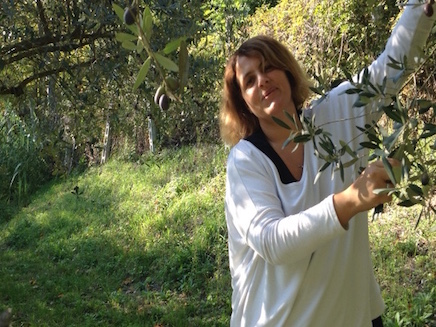 The olive harvest and the oil

The olives and the oil, sacred and ancient gifts, now more than ever on our tables. The Egyptians attributed the art of prepare oil to Isis, in the Bible an olive branch carried by a dove announced to Noè, the end of the Flood while the Greeks attributed the spread of the olive tree of Athena.

For those like me have always lived in the countryside, Autumn has its own charm. The undergrowth is filled with wonderful colours and many fruits of nature are preparing for ripening. Between October and November undisputed star of country life is the olive harvest which, at home as in the many surrounding farms, is done by hand in order to choose the most mature olives and avoid to bruise them.

All family members contribute to the harvest taking advantage of the open air to enjoy the silence and nature. Even the kids usually like because they have finally the opportunity to climb trees and to feel there more powerful than any adult. So, plant after plant, the net is spread in dense mesh around the tree, strip off the branches one by one starting from lower ones and trying to select the olives, and then with the ladder you climb upwards until the precious fruits are not all on the ground or in the buckets that rest on the branches to avoid dents with the fall. The network is then very gently inverted into the boxes and olives in a few hours are lead to the mill for crushing.

The mill is often a meeting place for many small owners of olive groves that go there with at least 200 kg of olives (often is the minimum amount for a squeezing) and await the end of the process to take home with satisfaction their precious oil for the entire year, as a small treasure. The whole processing is fascinating, from washing and defoliation, the kneading through millstones, then move on to the pressing by placing the dough on the disks that make up a kind of tower which is pressed, so as to separate the liquid portion from the solid (pomace ). Subsequently, the process involves the separation of oil from water through centrifuge and last filtration. Observe the green and intense colour of the oil, every year different, is a real treat and a source of pure satisfaction. The same evening you cannot miss the first taste, a slice of white bread, to savour the full flavour of this gift of nature. The oil is then stored in glass jugs or stainless steel, kept in the dark at for a few weeks before consumption.

The oil has spread from Mesopotamia to Greece and then to the whole Mediterranean area. The Romans expand the cultivation of olive trees and the oil trade in their Empire. After the Middle Ages, when the tradition was kept alive in particular from the order of Benedictines, is with the Renaissance that gave new impetus to this growing, first in Tuscany and then throughout Central Italy, in Liguria and in the South .
The specialties of olives most famous in the Marche Region are “Ascolane” excellent if pickled, cooked in many ways, but also to produce the Tenera Ascolana Extra Virgin Olive Oil… really special.
I use extra-virgin olive oil for everything, for dressings or to make “soffritto”, pizza dough and bread, roasts and light fried, sometimes even in desserts instead of butter. But the goodness of a simple slice of bread with a little extra virgin olive oil and a pinch of salt is very unique and has always been the favourite snack of my children!! 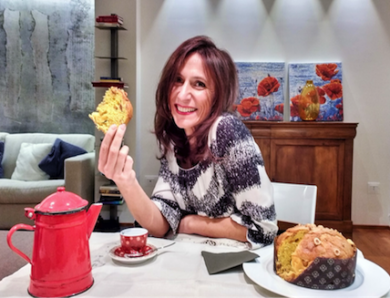 When the Panettone comes from le Marche 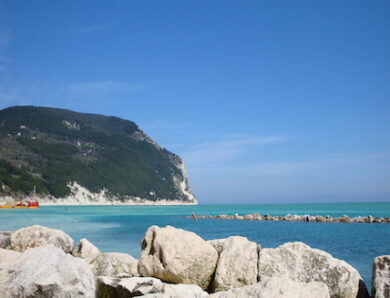